By the time Ike reached Rochester, NY, it's force was greatly diminished. It still manged to do plenty of damage, though.
Our flowering pear tree snapped in two. Apparently an insect burrowed into the trunk and made a ring around the inside, so the tree would have died anyway. I would love another flowering pear - and it would match our other tree that survived the storm. My sister wants a fast-growing tree. My parents are open to suggestion. So, can anyone suggest anything to replace it with? 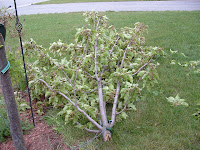 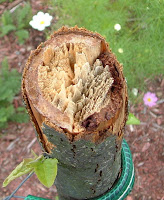 The tomatoes didn't suffer too much, and I was able to rescue the ones that fell before the slugs got to them. 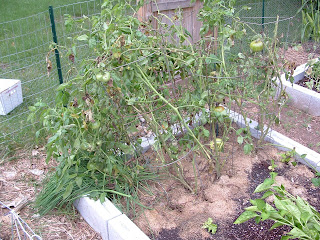 The peppers weren't so fortunate. 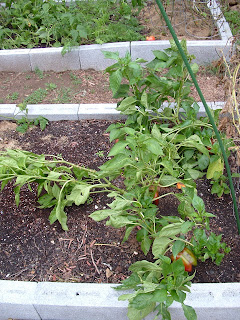 The garden swing took a beating. There wasn't really any damage so I put it back together, and it's good as new. 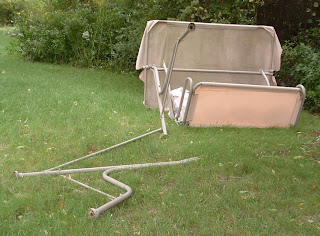 Coming up: Some pictures from vacation.

The hurricane, that is. Ike is currently buffeting our house, yard, gardens, neighborhood, and city with winds up to 60 mph. My flowers are probably going to drop all the seeds I didn't collect today. The veggies- well I'd rather not think about that. I suspect that most of my tomatoes will have fallen to the ground, stems will be broken off, and I'll have to race the slugs for the fallen tomatoes.

On a brighter note, I got 3 columns back on my blog, and am using a background from The Cutest Blog on the Block. For some reason the three column backgrounds are too wide, so I'm just using a regular background. 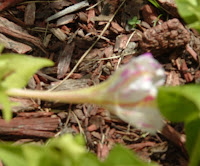 Gardeners, Plant and Nature lovers can join in every Sunday; visit As the Garden Grows for more information.

These are my Four o' Clocks. I purchased the seeds from Park's; the Mirabilis Broken Colors. The first one wasn't being very photogenic, but it is white with pink stripes.
Happy GTS~
Sarah 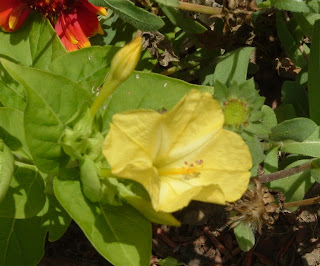 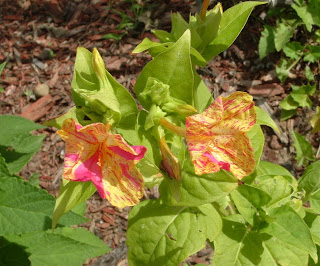 Green Thumb Sunday
Gardeners, Plant and Nature lovers can join in every Sunday; visit As the Garden Grows for more information.

It's been a while since I've had anything for GTS.  Today the peppers are the best looking plants in my garden.

This is a Sweet Cayenne pepper. It came in the hot pepper kit. 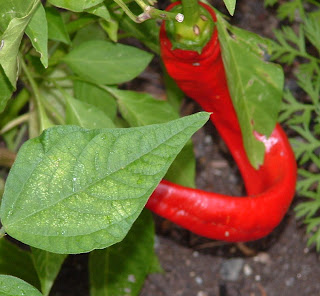 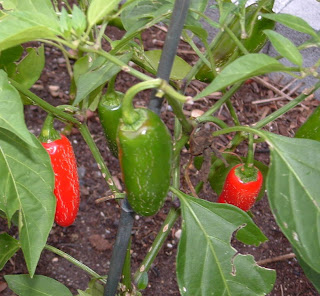 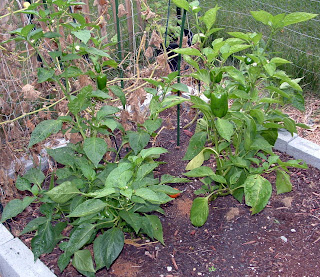